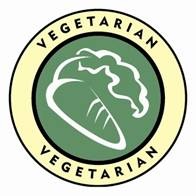 With Alexe trekking across central Australia I’m back for my second blog installment.

I believe this now officially thrusts me into the blogosphere as I can point to a body of literature and not just a guest post.

As the headline suggests, this blog is about my journey from being a pretty typical European boy, raised on a diet heavily loaded with meat, pasta and bread to a gluten free vegetarian who refuses to eat chicken flavored crisps (yes, I know they don’t have any real chicken in them… it’s just psychological).

I guess it all began around about 4 years ago when I ate my last piece of meat. To be honest, it was a pretty underwhelming event… The setting was Montmartre and my thought was what better way to go out than an eye fillet steak with a side of fries and a nice glass of red wine in this beautiful and bohemian landscape, high above exotic Paris. Unfortunately, the meat was overcooked and I was reminded that I really don’t like red wine. In fact, the highlight of the meal was probably the side order garden salad which served as a fairly good endorsement for the choice I was making.

I returned home to Australia several months later on the eve of Christmas day. I had been travelling for over 6 months and wasn’t due back until mid-January so my arrival on Christmas day was a surprise… in more ways than one. For those who live in the northern hemisphere, you may not be able to relate to a typical Australian Christmas day. With fingers and toes crossed, families across the country hope for a sunny day with the temperature between 25 and 30 degrees so all the barbeque plans go off without a hitch. The weather gods smiled upon us on this day and so, as I arrived, the familiar scent that accompanies an animal carcass, slowly revolving above a well maintained flame, greeted me with open arms and fought for attention with a table full of home prepared dishes that represented more of the pointy end of the food pyramid than any nutritionist would likely recommend. The truth behind our Christmas day is that it is the Olympics of cooking for the many women in my family. Each vies for table position and can be seen, at eating time, working their way around the guests, encouraging extra servings and seeking validation that they have presented a gold medal dish. My family is a proud and loving mix of largely Maltese, Italian and Greek heritage. We speak with our mouths and our hands and believe that swear words are often (very often) the best adjectives one can use to get their point across.

Anyway, back to the story. After my mum dried up her tears and released me from a bone crunching hug, I found myself wanting to broach my new diet choices in a pretty discreet kind of way. Unfortunately I was robbed of that choice when my Uncle George, our resident BBQ king, offered me the ceremonial first piece of meat off the spit. With all the courage I could muster I announced: “no, not for me, I don’t eat meat anymore”. You know those movies where everyone stops? Even my beloved Dad, who can’t hear you when you’re speaking directly to him, managed from 10 meters away to pick up what I said. What followed was pretty predictable. I ended up telling the same story 30 times over and reassuring everyone that you could find the necessary nutrition you need in all those vegetables and legumes that they’d heard of.

What I didn’t appreciate I had done on that Christmas day in 2008 is I unknowingly changed the rules for future family functions. It started slow with my beautiful mother making sure that I had falafels and wraps, but just like a snowball down a mountain it soon gained momentum. One of my aunties proudly announced that she had made her traditional lasagna, without meat and instead with vegetables and ricotta so that “Steven could eat it too”. Auntie Helen was always a bit of a maverick but this change drew quite a bit of controversy from the males of my family who questioned why they were getting punished for my stupid decisions. The vegetarian dishes thereafter became more and more numerous, to a point where it was actually physically impossible for me to try them all without getting very sick. Along the way, my father, brother and uncles have all embraced the vegetarian trend (to varying degrees) and quietly pull me aside to comment on how they don’t really eat much meat anymore themselves. 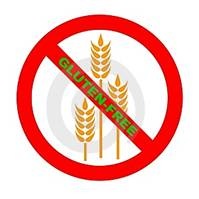 All was well and good until March 2011 when I found out I had celiac disease. This personally was a hard one for me to accept as the decision to migrate to gluten free alternatives and cease drinking beer wasn’t mine to make and I hate the idea of being restricted in any way. That said, what followed from my family was yet again a process of uncertainty then acceptance and finally support. My mum, sisters and aunties have done everything from videoing themselves making gluten free veggie burgers to photocopying recipes from the their favorite cookbooks and striking a line through the meat and gluten ingredients and suggesting what the alternatives would be. I also have a standing bet with one of my uncles that I’ll cook him four types of pasta and if he is unable to pick the one which is gluten free, he has to eat GF pasta for a month. My diet is always a source of discussion at family events but the jokes have dried up and I never feel awkward at meal time. I know announcing you’re vegetarian is not the same as announcing you’re gay or anything like that, but within my family, with our traditions and pre conceived ideas of food, it was quite a daunting experience and I’m so glad with the way it turned out.

Thank you to those who have read all the way to this point.

Alexe often finishes her blogs with an invitation back to you all to share your thoughts and experiences. In the spirit of this post, she and I would love to hear about the way in which you have shared your food or other choices with those around you and what your experiences (good or bad) have been.

Take care and thanks again!